Welcome to the Mawita'mk website. If you would like to support our mission, we welcome your Charitable Donation. Thank you! 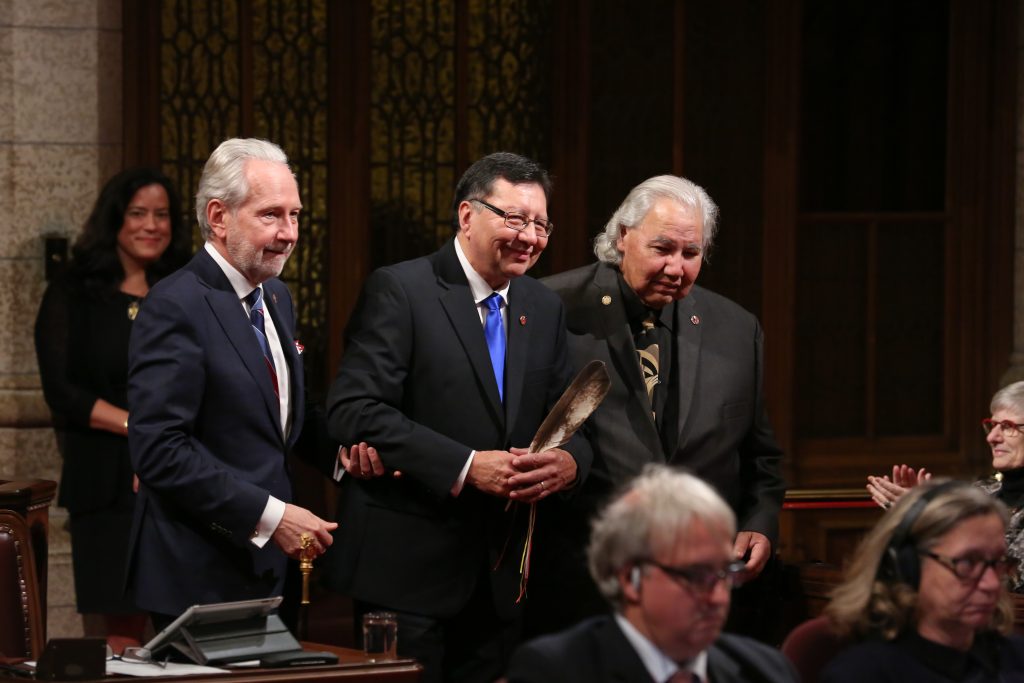 Former Mawita’mk Society Board Member was sworn in to Parliament in December 2016. Senator Dan is the first Mi’kmaq person to be appointed to Canada’s Parliament. Norma Gould, president of the Mawita’mk Society presented Senator Dan with the beaded Eagle Feather he is holding in this picture, taken when he was inducted into the Senate.